Yes I said yes, it’s the 94th anniversary of the birth (in San Francisco, on October 23, 1927) of the great poet Philip Lamantia – so Let’s Celebrate, and Cerebrate!

How about we read and think about one of his many fine poems?  This one is from Lamantia’s Becoming Visible (City Lights, San Francisco: 1981 [Pocket Poets Series No. 39]):

Clark Ashton Smith’s observation  – “Explanations are neither necessary, desirable, or possible” – fully applies to this poem, I suggest.  But since we’re celebrating (and cerebrating!) perhaps you will permit me a few words.

Read silently or aloud, “Vibration” seriously moves, or, more precisely, oscillates.  All sound is vibration of course.  But here, particularly propulsive TWANGS are felt with and from the repeated line-starting word “there” (five instances) and, to a lesser but still felt degree, its rhyming echo “where” (used twice).  Each “there” functions for me as both am adverb and, especially with its repetitions, an exclamation.

More specifically, each “there,” as an adverb, fixes what follows in a particular place or position.  Each also – this the exclamatory angle – signifies or discharges with each recurrence a kind of audio-verbal shimmer of amazement or shock.  In this regard, the final italicized use of the word in the next-to-last line seems by that point almost preordained.

As I read the poem aloud, I naturally find myself emphasizing each “there,” and enjoy doing that!  Give it a try!   Doing that reminds me that Robert Kelly, in Caterpillar 5 (October 1968), described Lamantia’s “high excitement” during public readings.  I definitely feel that in this poem.

Vibratory movement is also referenced in – or reverie-ed from – the third line’s “spun,” the fifth line’s “whorl,” the sixth line’s “hum-whirr” (and what a wonderful compound word that is – did anyone use it earlier?), and even the final lime’s “hovers” what with the way it brings to mind a hummingbird’s delicate wingbeats.

“Vibration,” to me, comes from, or is about, an emotional / mental state, one with frightening even terrifying elements but which is ultimately good or positive and even necessary for Lamantia, the poet.   It’s the sensation, I feel, of the oscillations or surge of creative energy.  It’s intense, VIVID, and scary – yet necessary for imagination’s vision.

The scary, frightening, and terrifying parts here are easy: “a wind torturing bats” “scorched  feet of dead suns,” [t]he city spun into the sea” “the gulfs of the pterodactyl beckon[ing],” “a whorl of terror,” the exactly perfect “hum-whirr of the skeleton of solitude,” “angry corpses” which “flower in a bottle,” “red weapons” which “vanish into mirrors,” “blade” and “The Hanged Man.”  It’s a kind of horror scene to me, a place of suffering and anguish.

And yet, the “whorl of terror,” Lamantia writes in the fifth line, is “livening [his] mind.”  And, in the final line, a pyramid of water hovers “in the dark victuals of the inner life.”  Here, while the “victuals” (an archaic word, usually pronounced “vittles” and meaning provisions or food supplies) are “dark” they are, inherent in that definition, nourishing.  They sustain the “inner life” – which I take to be the creative imagination.

I’ll leave to you to think on how the terrifying and the creative imagination must co-exist.  I’ll end here by remembering that Allen Ginsberg, in the first sentence of his Preface to Charles Plymell’s Apocalypse Rose (Dave Haselwood: San Francisco, 1966), referred to Lamantia as an “American vibration artist.”  Indeed! 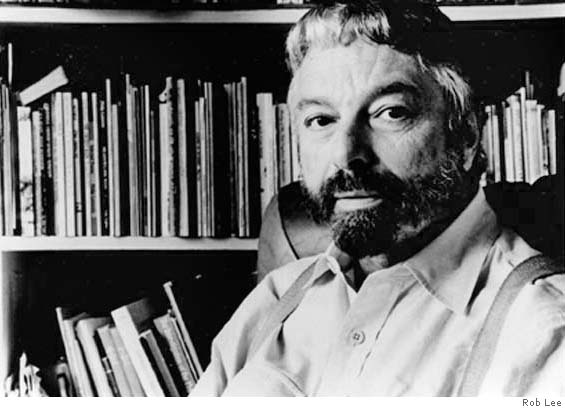