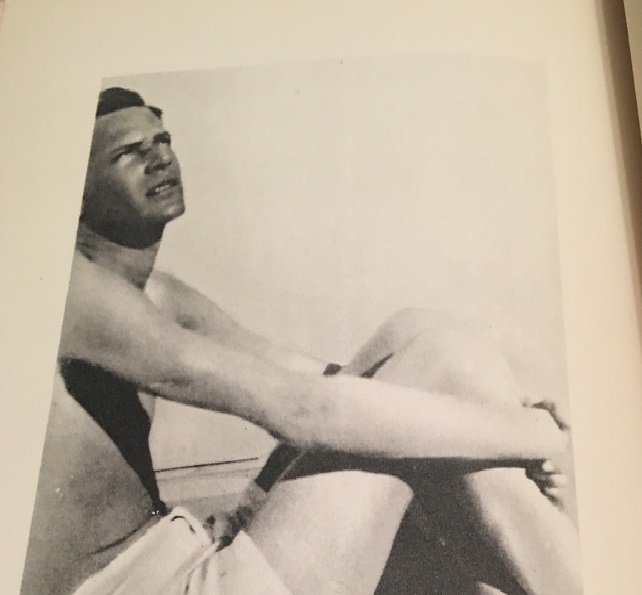 Boston-born to a family of wealth (his uncle was J.P. Morgan), World War I ambulance driver (at the front, for a traumatic and transformative 18 months, including a searing miracle moment in which he survived a near direct hit by an artillery shell that vaporized his vehicle), Harvard grad (the accelerated two-year soldier’s  degree), expatriate (Paris), traveler (Spain, Egypt, Turkey, Tunisia, Venice, the Alps, trips back to the States), poet (he wrote seven volumes, all out of print, alas), diarist (the superb Shadows of the Sun), publisher (the amazing Black Sun Press, done with his wife Caresse) –

believed in The Sun (the Sun above all), the beauty and delights of women (including but definitely not limited to his wife, plus one lover only imagined), books (he had thousands including first editions of Baudelaire’s Les Fleurs du mal and Rimbaud’s Illuminations), reading (naturally, given all the books but this was serious, obsessive, self-directed reading, of seemingly everything, including the Bible, Shakespeare, encyclopedias, philosophy and all kinds of literature), horse racing (as a bettor and an owner, ultimately not very successful as either), poetry (lots, but Rimbaud, Blake and Hart Crane’s “O Carib Isle” would be in his top five), the Revolution of the Word (see the Proclamation at the end of this post), certainty of opinions (just as one example, he excoriated his native Boston as a “Target For Disgust” and “the City of Dreadful Night”), intoxication (champagne, absinthe, whisky (he liked Cutty Sark), gin, rum, beer, wine, opium, cocaine, and hashish, for example), 1920s Paris (the annual and wild Bal des Quat’z’Arts for example), contemporary writers (James Joyce was tippy-top for Crosby, especially the “miraculous last paragraph of Anna Livia Purabelle,” but also Hemingway, D. H Lawrence, and Kay Boyle, among many others including the poets Crane, Cummings, and MacLeish), music (jazz jazz jazz but much else including Stravinsky’s L’Oiseau de feu), art (Van Gogh above all, but also Brancusi, Redon and many others, including Alastair and Georgia O’Keefe), the forging of souls (not simply the furnishing of such), flying (he witnessed Lindbergh’s arrival (“ce n’est  pas un homme, c’est un oiseau”) and later obtained a license and soloed himself), and yes, Death (he died in 1929, at age 31, with his mistress, and it was a scandal: a murder-suicide or suicide pact).

If you don’t know his life-story, seek and ye shall find.

Today’s the anniversary of Crosby’s birth – June 4, 1898 – and hey now people get ready it’s a mere five years to the Quasquicentennial! – and so I celebrate his poems and other writings.  I might just have an absinthe too.

Philip Lamantia in his 1976 essay “Poetic Matters” rightly suggested that Crosby was a precursor of American Surrealism, along with Mina Loy, Samuel Greenberg, and Poe.  Lamantia called Crosby “a true dandy of explosive Promethean desire” who “left in The Mad Queen and elsewhere, signs of ‘Sadean’ magnanimity in the realms of mad love . . . .”   (Lamantia’s essay will be included in Preserving Fire: Selected Prose, to be published this October by Wave Books.)

True to Lamantia’s “true dandy of explosive Promethean desire” characterization, some of Crosby’s poems are fiery detonations of rebellious creative energy.  Three examples follow; you may agree the intensity is, well, intense.

First is “The New Word,” published in the Eugene Jolas edited magazine transition (no. 16-17, June 1929) – the famous Revolution of the Word issue (see the Proclamation at the end of this post).  It’s a short prose ditty, to be cheap about it.  More accurately, it’s a poetic manifesto or vision.  May its “Panther in the Jungle of the Dictionary” and “Diamond Wind blowing out the Cobwebs of the Past” jolt your lexical energy field: 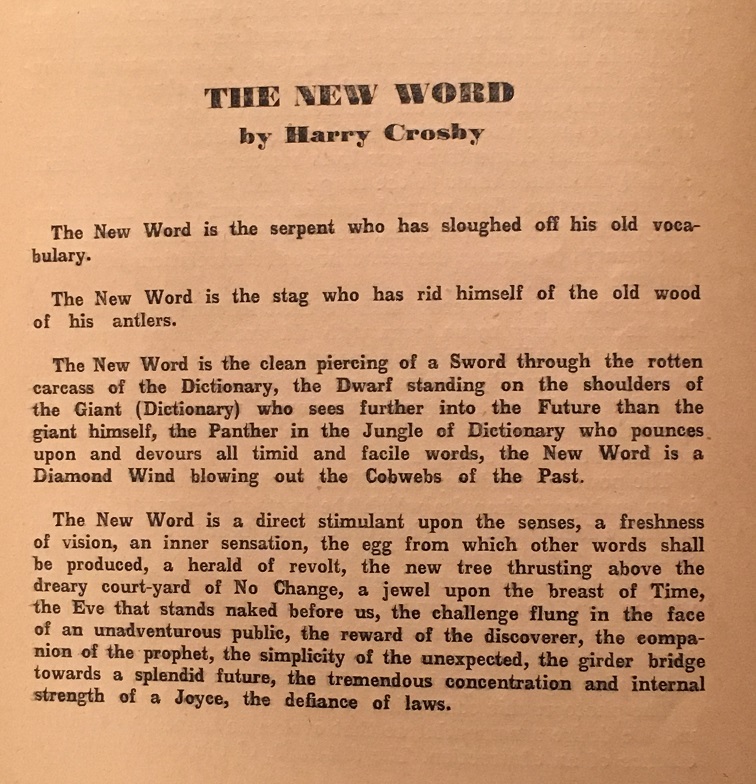 Next up is “Empty Bed Blues,” published in Mad Queen, Crosby’s 1929 collection of “Tirades” (his word, used on the cover and title page).  The poem gets at, and well, desire and its aftermath.  I love too that it takes its title from Bessie Smith’s amazing 1928 record: 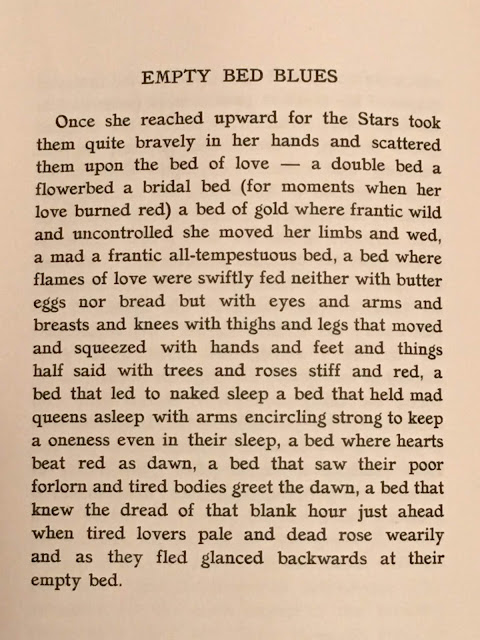 In a February 10, 1929 diary entry Crosby recounted a small gathering of friends at which there was “a great drinking of red wine and the Empty Bed Blues on the graphaphone and a magnificent snowball fight . . . .”  And you know what?  Every party should have music and the stupendous Ms. Smith is always special so let’s enjoy:


Finally, here’s “The Ten Commandments,” the final poem in Torchbearers, which can be considered Crosby’s final collection.  It was published posthumously in 1931 and features an afterword by Ezra Pound.  The Sun-God’s mandates are prototypical Harry-fever Crosby-fervor: 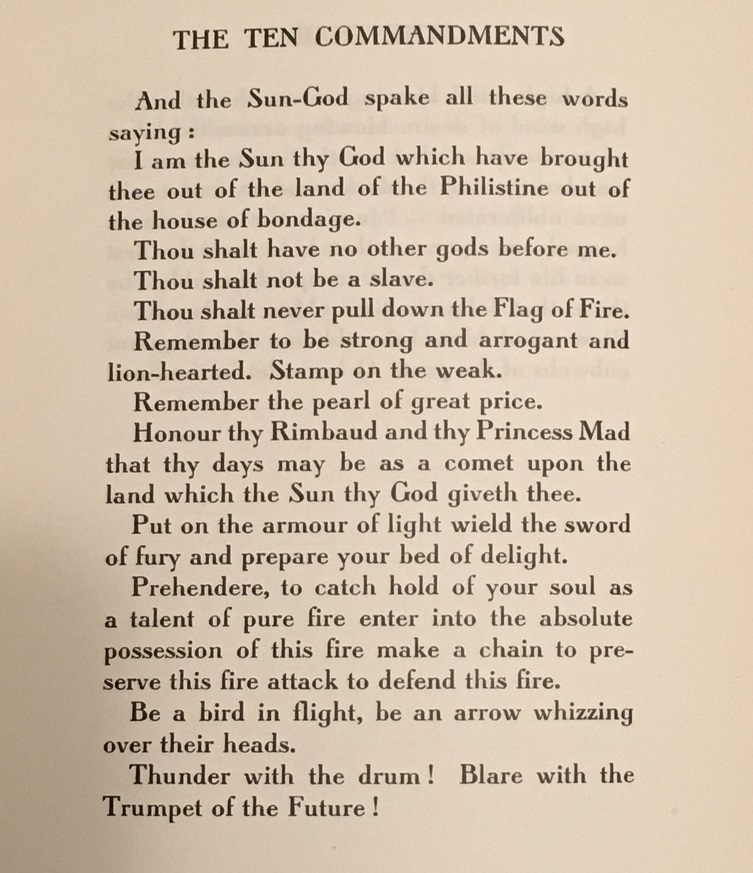 For more on Harry Crosby’s work, see my write-ups on his poems “Stud Book,” Sun-Testament” and “Telephone Directory” about half-way down the post here (click to go), and the post (click here) on his poetry collection Transit of Venus.
+++++
Here, as a coda,
is the
“Revolution of the Word”
Proclamation
(Crosby is a signer),
as published in
transition, no. 16-17 (June 1929): 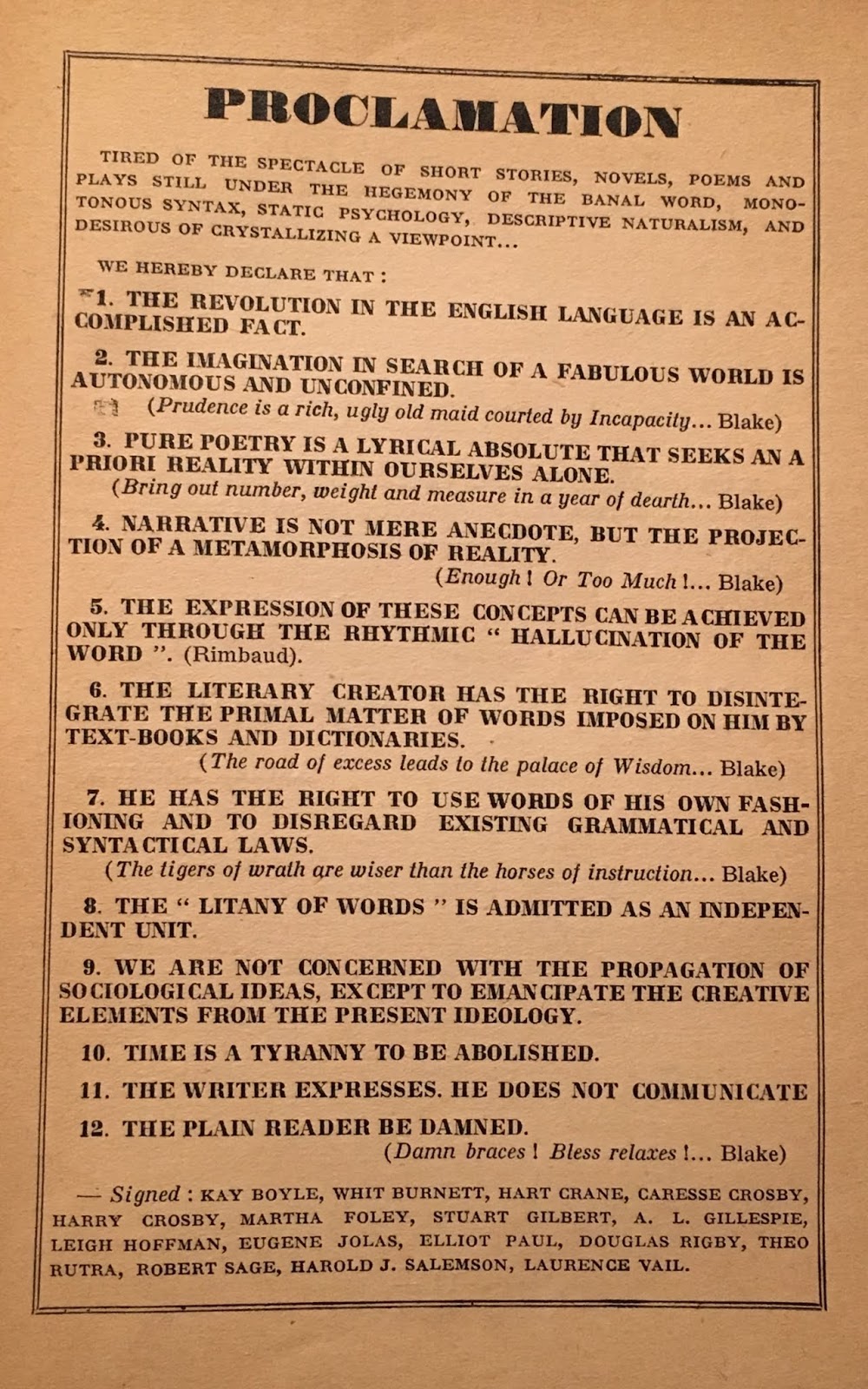