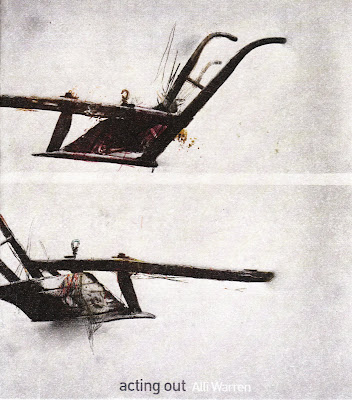 Alli Warren
Acting Out
([no place]: Editions Louis Wain, 2010)
[7" x 7.75", unpaginated (about 20 pages)]
I first came to Alli Warren’s poetry about four years back, via the Bay Poetics (2006) anthology. That book included six poems by Warren, across eight pages towards the back of the book. The first of her poems there – titled “One the sources of fiber” – had a second line that hit particularly hard:

locked in a sneezing cabbage

That’s a phrase that comes, to use the parlance of Andre Breton, “knocking at the window.” To amplify, using again Breton’s words, the phrase is “rather strange . . . without any apparent relationship” to typical experience. Its “organic character” not only “caught my attention” but “[a]ctually . . . astonished me.”

And so from “locked in a sneezing cabbage” I read, happily, the rest of that first poem and the others by Warren in the anthology. There was one prose poem – a sort of New Sentence fandango – but it was the verse that most wowed, with many surprising, abracadabrant-in-a-most-excellent-way lines and line-clusters. Here’s the first stanza of “My Vocabulary,” the last poem of Warren’s in Bay Poetics:

There’s much to rave about there, including the lines (designated by a capitalized first words) that start within the first two lines, which along with the capitalized proper names in the final three lines give the whole a syncopated, or should I say upchuck-y (!), rhythm. But I mainly chose this stanza to present so I could foreground its opening line

A pair of Many voices

because it suggests a double-barreled multiplicity that not only reflects our multi-layered experience and the variety of perspectives by which a poet can put it in words but also conveys what I believe is a key part of Alli Warren’s poetry: you never know what’s coming round the bend!

Yes, I open her books (the half-dozen chaps and two e-books she’s so far published are lined up at the bottom of this post), turn the pages, read the poems, and you know, you never know. The writing has a freshness, a surprising-ness, that entices and excites. Alli Warren’s poems keep your mind on its toes! 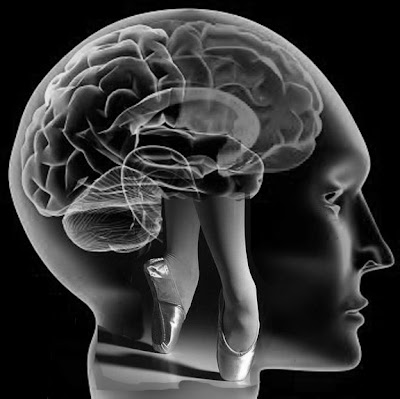 Alli Warren’s poems keep your mind on its toes!
(+)
The first poem in Acting Out, Warren’s new chapbook just published within the last month, is a two-page, forty-six line (with a double-space between each) work from which the collection takes its title. Warren writes in the second person, and anaphorically, throughout this poem; twenty of its lines begin “You are” and several others start with “Your”).

The repeated “you are” and “your” phrases seem to add up to a “Je est une autre” / “I is some one else” self-portrait by Warren, or a self-exploration by her in which the sometimes annoying “I” has been banished. Of course, all the “You are” phrases also mean that the poem works as a snapshot, or at least a suggested depiction, of any person who reads the poem, and/or of a “you” that that is being addressed by the poet off-stage and who is unknown to us.

Whichever way the “You are” phrases are read, the poem’s repetition hooks the reader, and then an wide array of things that follow those line-opening phrases keep us reading and thinking. Given all the things that follow all the “you are” phrases, it’s not easy to summarize what’s presented. But apropos the “pair of Many voices” phrase highlighted above are the following lines, which come near the poem’s start:

You are this third thing

fixed only in the variety of your manifestations

And there is plenty of variety in the manifestations: among the interesting things brought into the poem are “riding bitch in the benz,” “shooting up the overpass with pink paintballs,” “shadow ressentiment,” a mastiff, greyhound, spaniel, and shepard’s dog, and “the ceaseless excess of little green things.” As I wrote above, the

(+)
Acting Out has 17 poems. Given that number, I probably shouldn’t focus on a tiny subset, especially when they are so different from the rest, since it may skew your perception of the collection as a whole. So forgive me here as I give a shout out to the chap’s eighth and fifteenth poems – titled “Ain’t the Way You Found Me” and “Reification” – even though they are quite different from everything else.

Most poems in Acting Out are decidedly brainy, by which I mean their language and associated ideas keep your mind on its toes, to repeat what I wrote above. However, “Ain’t the Way You Found Me” and “Reification” are something entirely different. Composed of words and rhythms that you’ve heard, or could easily imagine hearing, in a song, a doo-wop or Wall of Sound type song, they provide a far more immediate and sensuous pleasure. Here are the first six and eight lines, respectively, of each poem:

These two poems, set amidst the poems that keep you thinking, seem to serve as interludes, joyful interludes, and they are blasts of big fun. Warren gets into it in these as if she were a poet-preacher of love, and gets great grooves a-going. Well, that’s what I think, and to show you I embed – as a tribute to the spirit of these poems – an eight minute 1964 instrumental by the immortal Jimmy Smith who with his trio exuberantly lays out his particular Sermon in a way that feels to me a lot like Warren’s “yeah yeah well well you (ooh ooh ooh ooh)” / “Baby oh baby baby” poems:

(+)
The Editions Louis Wain website presents one poem from Acting Out in its entirety, and here it is:

Another Mule in the Stable

To my boys from Costa Del Mar
including all the tetrapods

even if they did steal 2 GPS
from our garage wtf?
Don’t mock my Haiti aid

I love what I'm doing now
nothing happened in Hawaii

We don’t need flap flukes
or flippers to embrace

the mound spilling our
Massic juice we elect

This is a poem that – to repeat a common enough, and sensible approach to poetry – is a thing itself, and so need not be explained and probably can’t be “understood” in the way you might grok your checkbook balance. Or maybe this poem’s “meaning” is plain as anything, and I’m just slow on the uptake.

Anyway, I dig the mix of the (ironic?) (satirical?) (honorific?) (all (or none?) of the above?) tone of “To my boys . . .” and everything else in the poem: the numerous references to things of the sea, the sensual (“spilling our / Massic juice” and “touch the abs”), the weird words (“tetrapods” (referring, I think, to the concrete structures used in coastal breakwaters) and the chemical term “Massic”), the slangy acronyms (“GPS” and “wtf”) and the current events ( black hawk” and “Haiti aid”). And I think “Costa Del Mar,” while presented as a real place, an actual geographical location, may be a made-up state of mind, like Robert Duncan’s meadow.

Please understand: I can’t put this poem all together here, and maybe the same is true of most all the work in Warren’s Acting Out. And so I end with this: I know it’s only a (chap)book of poem, but I like it, like it, yes I do (and I like it!).

Two Poems
[“A Few Facts About the Thorax” from Acting Up
plus the amazing (and not-yet collected)
“Where How Much and of What Sort”
with its opening couplet:
“The poet must be a professional at the call of his job
This job will not wait till she has the leisure to spare for it”]
in
pax americana 13 (2010)

“what is determined disintegrates”
in
The Brooklyn Rail (October 2009)

and
“A Newsworthy Thing”
[posted at THE DISINHIBITOR
on September 9, 2010]


plus
“Our Tender Urban Core”
[posted at THE DISINHIBITOR
on September 17, 2010]


plus
“This Will Be The Material Of My Song”
[posted at THE DISINHIBITOR
on September 24, 2010]

“A Poetics”
[a (blurred identity) collaboration between
Alli Warren & Suzanne Stein
from On: Contemporary Practice No. 1 (2008)]

+(+)+
A Gallery of Alli Warren Books
(in reverse chronological order) 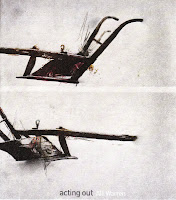 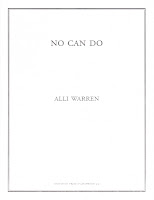 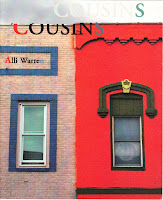 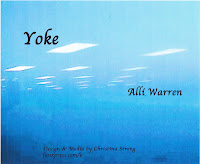 this is FAN-TASTIC. Love Alli's poems, & here I have a storehouse of stuff I didn't know existed! Thank you, dw