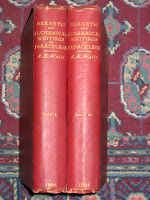 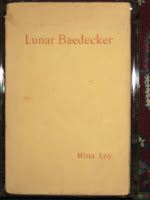 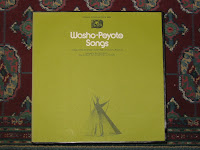 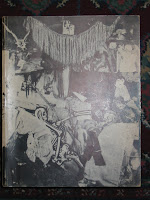 I say, let’s party! Make a little noise, do a little dance, get down tonight!

Philip died in March, 2005. His death was news in his native San Francisco and in major papers in New York, Los Angeles, and London. Of course, it was also huge news among his friends, including in the jazz-beat, surrealist, New York art-poetry, Catholic bull-fighting, and young California poetry worlds.

Philip lives too in the knowledge he passed on to others. Lamantia was an extraordinary teacher. He lacked the temperament or desire for the front of a classroom or for permanent work of any kind aside from cultivating his mind and writing. Philip taught in part through the allusions in his poems and statements in the few critical essays he published. But mostly -- and most especially -- he taught via one-on-one talks, in-person or on-the-phone. When Philip was active (when his depression did not lay him low) he could and usually would effortlessly carry a conversation for several hours, laying long associational tracks of thought across your brain’s terrain.

Philip could talk about history, poetry, biography, the news of the day, the news of (for example) the Thirteenth Century (the greatest, he said), medicine, religion, movies, food, wine, science, music, psychology, the theoric, ornithic, and hermetic, plus just about anything else. Sometimes, most all of this would be touched on in a single universe-expanding conversation that would verge on the monologic. Philip would talk in great detail, tangent off this way or that, then spiral or rocket off into now for something completely different and suddenly it was 3:00 in the morning. He was very generous with his time. I quickly decided that while questions, counter-assertions, and other active listening courtesies couldn't be discarded completely, the best approach was to mostly keep quiet and take in Philip's miraculous cavalcade of words and ideas.

I learned countless things from Philip. Here follow four things I love that I first learned about from him. These matters were chosen because they show something of the range of his interests and because each one allows me to share a bit of biographical detail about the amazing life of a dear friend:

1. The writings of Paracelsus. In 1944, less than a year after his first poems were published (at age fifteen!) in View magazine, Philip left high school, bought a cross-country ticket, and rode the train to New York City. Philip told me he carried aboard, and read during the trip, a copy of the massive two-volume red leather-bound1894 first edition of E.A. Waite’s translation of The Hermetic and Alchemical Writings of Paracelsus (the big red books are pictured above, at the head of this post). Imagine the hypnotic rhythmic clackity-clack-clack deep night surge of the train on the Great Plains, young Philip in a window seat reading the essay “Hermetic Astronomy” in Volume II and coming across this line, on page 310: “besides these there is another star, imagination, which begets a new star and a new heaven.” In days, he would arrive in NYC, where he'd meet Andre Breton and many others, including the film-maker Maya Deren.

2. The poetry of Mina Loy. In a 1976 essay, Philip identified Loy as one of the few historical American poets worthy of being called “marvelous” (the others were Samuel Greenberg, Harry Crosby, and Poe in a few of his works). Philip called Loy’s first book, Lunar Baedecker (Paris: Contact Editions, 1923 (photo above)), “a singular flowering” of “alternating . . . subtleties of wit between sensible convulsions in darkest luminosity.” (“Poetic Matters,” in Arsenal Surrealist Subversion, No. 3 (Spring 1976), page 9 (italics in original).) In the years just before his death, Philip told the story of how dozens of years before he had loaned his copy of Loy’s first book, an exceedingly rare treasure, to a fellow poet who never returned it. Philip was still angry not to have the book, and who wouldn’t be?

3. Washo peyote songs and texts. In the early 1950s, Philip participated in all-night peyote rituals with the Washo in Nevada. Philip also knew at that time Warren L. d'Azevedo, the eminent anthropologist of the region who recorded and arranged publication of the tribe's peyote songs (by Smithsonian/Folkways, photo of LP above) and texts (Straight with the Medicine: Narratives of Washo Followers of the Tipi Way (Reno: Black Rock Press, 1978 (first edition); (Berkeley: Heyday Press, 2006 (second, expanded edition))). Decades later, Philip wrote of his experience with the ritual, “with the Washo peyotlists from the morning prayer in the bowl / of dawn / none shall ever steal from me our sixty eyes to the smoke hole at / the Tipi flue” (from the poem “Native Medicine” in Meadowlark West)

4. Bruce Conner. A black and white photo of one of Conner’s collage-assemblage works serves as the cover of Philip's Destroyed Works (San Francisco: Auerhahn Press, 1962 (photo above)), a superior collection of poems with a highly apocalyptic edge. Reading this book many years ago, I first saw and became interested in Conner’s art. At the time Destroyed Works was published, Lamantia and Conner both lived in Mexico City, and would see each other often. For years after he returned to San Francisco, Conner kept, read, and admired Lamantia’s “Crystals,” a long unpublished poem that Philip had given him in manuscript in Mexico. Conner, who died earlier this year, gave the manuscript to the UC Berkeley Bancroft Library several years ago, and it is now a part of the extensive Lamantia archive at that library. When Lamantia published his collection Becoming Visible (San Francisco: City Lights Books, 1981), he sent Conner a signed copy inscribed, “For Bruce Conner / who is visible / in Buster Keaton” (emphasis in original). This was a particularly apt inscription since Conner had a life-long enthusiasm for the silent comedy genius. Philip and Bruce had a short reunion one Sunday afternoon in 2000, when by coincidence they both showed up at the de Young museum during Conner's traveling exhibition, “2000 BC: The Bruce Conner Story Part II.”

Thank you, Philip, for these four keys of knowledge, and for the many other interests and enthusiasms you helped unlock. And thank you too for your poems. Oh my oh yes I said yes oh my oh the poems! Long Live Lamantia!
Posted by Steven Fama at 12:05 AM

Steven,
I can't think of a better way to discover your blog than to read your appreciation of Philip!

Happy B-day Philip! Thanks Steve for the blog!

A fascinating and moving tribute to my favourite American poet - thank you, Steve!