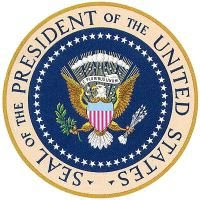 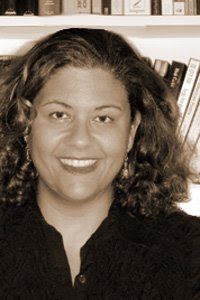 We have an inaugural poet, and it’s Elizabeth Alexander. Alexander is an academic, an Ivy Leaguer. She presents on the web with a neatly organized, generously stocked site: it has some of her poetry, a few essays and interviews, and plenty of other details.

The essays and interviews posted at that site suggest a kind heart, a sharp mind, a long history of intense scholarship, a particular familiarity with African American poetry and art, and a sincere and deep appreciation of words. With regard to her poetics, the following answer to an interview question seems a fair enough starting point:

“Usually, as far as writers who have influenced me, I talk about my work as kind of child of Gwendolyn Books and Walt Whitman. Lately I’ve been thinking about the Lewis Untermeyer Modern American Poetry anthology, which I studied in high school. I read it over and over again, and I particularly loved the imagist poets. I loved H.D.; I loved Amy Lowell. Moving out of imagism. T. S. Eliot was very important to me in that kind of high school period. What I hope I’ve held onto is the real belief that the powerful, distilled, vital image unto itself is somehow enough.”

Anyone who reads poetry should thank the lucky stars that there is an inaugural poet at all. There’s been such a thing only four times in history, apparently. In our era of “video introductions,” power-point presentations larded with over-done graphics, and text-messaging, it’s heartening that a voice uttering a few well-chosen words still has a place in a grand public event, right up there with the oath, the address, the prayer, the bands, and the bible.

So for that reason alone I send out a best wish to Alexander and her poem. It can’t be easy. Just think: in addition to worrying about what to say and how to say it, Alexander might be wondering whether there are successors to Clark Coolidge and Larry Fagin out here, just waiting to do with her poem what those two did with Maya Angelou’s.

And while I wish Alexander the best, I don’t like the choice here, not at all. Not that I was expecting much. For all the the talk of change and hope the inauguration is but the coronation of the next phase of incremental slip-sliding status quo-ism. That’s not to diminish its importance – at the very least, the Supreme Court appointments make our next President crucial – but simply to emphasize the fundamentally conservative bent of this thing. In this way, Elizabeth Alexander, poet, is a good fit. For all the good that can be said about her and her poems, she is not an experimentalist. It’s academic, workshop style writing. The poems (and excerpts from poems) on her website are well done, very well done. Very well done, and very careful. Too much so, at least to my sensibility.

Let me put it another way: if the inaugural program wanted a poet that really represents CHANGE, they could have done a lot better. They could have done a lot a lot better even if they’d limited their choice to African-American poets or even African-American poets with the last name Alexander. Yep, it’s Will Alexander that should have been picked. What a scene that would be! Scorching wild imagination and lexical holy-talmudic-tamale-tesla coils streamed via LA from the same universe-pools as Aime Cesaire, Bob Kaufman, Lautreamont, and Artaud.

But such a scene is unfathomable in the heads of the power elite. This is politics, and power, and privileges preserved. The mid-term elections are just around the corner.

So too bad and so sad. Will Alexander, per the stories that Philip Lamantia told me, has a dedication to writing, the ability to sit down and just go, that the newly elected ought to revere. And come January 20th, they ought to hear, as I’d love to hear, a poem or two from The Stratospheric Canticles or Above the Human Nerve Domain. Or even just hear the title of Alexander’s untameable novel, Sunrise In Armageddon.

Now that would be something. That would truly be “change we can believe in.” 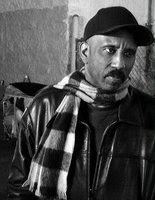 orThe inaugeration should be CONVULSIVE or it should not be at all.

My hope is that Will Alexander will at least be asked to write the first State of the Union address.

The inaugeration should be CONVULSIVE or it should not be at all.

My hope is that Will Alexander will at least be asked to write the first State of the Union address.

That is -- forgive me here -- a marvelous twist on the Andre Breton line! Thanks!

Will Alexander as inaugural poet would have been the most amazing, unbearably wonderful thing ever. Oh, brilliant opportunity lost!