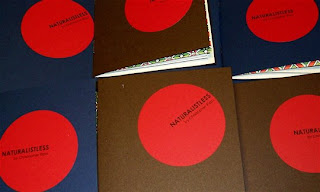 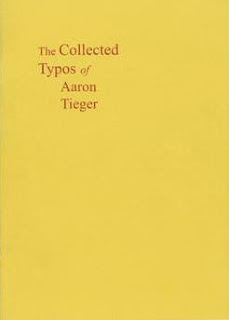 New words have been around forever. Since word one, every word when first said or written has been new, and it’s never stopped. The accumulated mass of all our words goes and grows everywhere all the time, no less than the universe.

And while it’s hard enough to keep a handle on our day-to-day vocabulary (which apparently involves between 12,000 and 17,000 or more word families in one’s native language), all this new verbiage is good. A really good thing. Allow me to repeat the H.L Mencken line (which I quoted here about a month ago): “Stability in language is synonymous with rigor mortis.” The American Language (Fourth Edition, 1962), page 607. New words are life blood, a force of language-nature as necessary as birth, April showers, and that look in the eye of the one you love.

As such, a celebratory hip-hip-hooray should be heard for Christopher Rizzo’s Naturalistless, a tiny (twelve or so pages, four by four and one-half inches in size) and beautiful chapbook of nothing but neologisms, and Aaron Tieger’s The Collected Typos of Aaron Tieger, a slightly larger but still small chapbook of nothing but (you can see this coming no matter how far you are from your computer screen) tpyos. As such, both books are full of fresh, mint condition, made-up words, and nothing but made-up words.

In Naturalistless, Rizzo with some type of divine madness conjoins words, sometimes puzzlingly (“Cedarkle”), sometimes funnily (allush), sometimes somewhat profoundly (silencenturies), sometimes alliteratively (“birchirrup”), and in one case (and this is cool) palindromically (“doorood’). There appear to be seven poems, each with eight words, a single (new, conjoined) word to a line. Rizzo has elsewhere provided the background for the book, involving a naturalist impulse (and, I must add, a lot of imagination and combinatory elegance, in that every word-pair shares combinatory letters). The epigraph is a quotation from Ronald Johnson’s Shrubberies, “yet delight in the spectacle.” Great advice. I did that for this book, and it was impressive and fun.

Rizzo dedicates his little book to Aaron Tieger. I don’t know if its coincidence or not that Tieger’s Collected Typos is out at about the same time, but there you go. Collected Typos, from the title alone, obviously has more than a bit of spoofiness to it, and Tieger has written to me that the project started as a joke. Yet the epigraph (“accidents are not omissions”) suggests a more serious mission evolved too, and the results confirm that the fun here, even if a bit frivolous, is important too. The book has thirteen pages, each with about 15 words (one to a line), and its just about guaranteed that you haven’t read any of them before, at least not too many times. There’s typos with inverted inner letters (“jion”), dropped letters (“rigt”), the single letter minimalist typo (“d”), and the seemingly totally botched (“burleqaseu”).

Or did those typos come about as I’ve described? Perhaps not. Instead of aiming for “join” but inverting the inner letters to get “jion,” Tieger may have been trying for “lion” and scrwed up the first letter, hitting the “j” key instead of the “l”. Similarly, the minimalist “d” might not have been intended as the single-letter word “a” but rather “do” or “id.” And so the fun begins, as possibilities multiply.

More fun still is how both Rizzo’s and Tieger’s books -- the words in them when seen by the eyes -- s-l-o-w r-e-a-d-i-n-g d-o-w-n, w-a-y d-o-w-n s-l-o-w. If internet popularity is any indication (and the article has all the marks of a bona fide study) the best hypothesis in the science of word recognition is that we readers recognize and respond not to word shapes, but to letters within each word on a page. The new words in Naturalistless and Collected Typos take markedly more time to read than words that you know. While reading these books, the brain takes several extra several beats on each word, as the eyes saccade about and around the letters of the unfamiliar words. As a result of this slowing down of reading, the unending curve of space-time gets just a bit more noticeable. It’s a very nice alteration of consciousness. Just don’t try to drive a car too soon after tripping through these poems.

Also fun is using the new words found in these books. Or imagining how they might be used by others. Such creative speculating is beyond this humble blog, at least today. But the point is, Rizzo and Tieger have given the world a heck of a gift here. I wish their new words a long life, full of polite definitions and rude poeticizings and everything in between.

Of course and unfortunately, probably few if any of Rizzo’s or Tieger’s words will make it. It’s a hard road if you’re a new word. Words such as “glasnost” (from the mid-1980s) or “carpocalypse” (from, like, last month) which go from invention to cliche in nothing flat are the exception. Most new words are read or heard a first time and then rarely if ever written or spoken again.

Not that poets haven’t been laying out new words for just about forever, trying to give our language a kick or bit of fresh life. Turn the pages back about 25 or 30 or so years and you have David Melnick’s PCOET (G.A.W.K., 1975) and P. Inman’s Platin (Sun & Moon Press, 1979) and Ocker (Tuumba Press, 1982), for example, and there you are: pages of new words such as “gctob,” “brocle,” and “sleech.” Alas, not many live today outside those marvelous books.

Ditto for the wondrous word-inventions from circa 70 years ago by James Joyce in Finnegans Wake, (e.g., “alltolonely,” “flabelled,” and “horthoducts,” to cite but three newwords from but one of thousands of paragraphs in that book’s 600 plus pages), Eugene Jolas in any number of poems, or, in the same era, the out-there verbiage of Abraham Lincoln Gillespie (“keylusion” and “synexdocrowth,” for instance), and the lexi-mashups of the Baroness Elsa von Freytag-Loringhoven (such as “sunpestled” and “sexfestooned”).

Heck, you can even turn the pages back several centuries and read many invented words, strong intriguing words, which could or should have some place in our lives, but that although birthed in poetry have never caught on, at least not yet. Take for example:

These words could have no finer parentage, but though still regularly uttered in their place today, haven’t yet had a heyday much anywhere else. Life’s short, people: use a new word today, please, or better yet, by accident or design, go out and make one of your own. 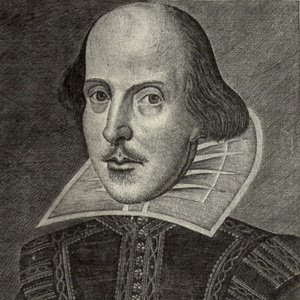