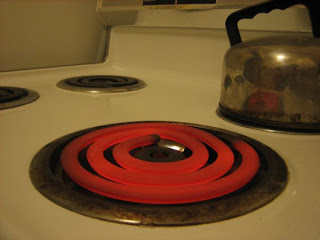 The Hot Stove League : (slang) : a baseball-related term, referring to the off-season, including in particular the off-season transactions (trades, re-signings, free agency, etc.) that occur between seasons.

About two months ago, just as the baseball season was winding down, I wrote about Kenneth Goldsmith’s book/concept-poem Sports (scroll cursor over this sentence for a link to the essay, if you please). The book’s a transcription of a radio broadcast of a record-making baseball game, and dang wonderful. I described it as a line drive off the top of the wall, almost a home run, but not quite. What stopped it from being a home run, in my view, was that the transcript presented the radio broadcasters as more or less continuously talking, not indicating the pauses that regularly transpire during broadcasts. I specifically mentioned not understanding why the silences hadn’t been indicated in the text, particularly since the silences between the spoken words are an important part of any broadcast and that there are ways (white space and ellipses, for example) to suggest silence and pauses on the printed page. Sports, as published, is available as a hard copy book (link at the book’s title, at the head of this post). Sports as published is also available as a PDF on the web (click here to go).

Well, there is now further information, courtesy of Kenneth Goldsmith himself. Goldsmith wrote me last week after I’d sent him a link to my essay on poetry and puns, which included a few paragraphs about Head Citations, another of his books. He said he had read what I’d wrote about Sports, and then graciously provided an explanation of why his book’s transcription of the ball game radio broadcast did not indicate when the announcers were silent. Here’s what Goldsmith wrote:

“I did leave all the silences in the piece in its first iteration. Whilst transcribing it, during the silences / roar of the crowd / ambient nosie, I held my hand down on the spacebar. I wanted the whole thing to look like a David Antin talk piece. But when it came time to typeset, it all fell apart somehow. The super-long silences refused to line break; the whole thing just looked like a mess. So, I removed all the silences and kept it as a block of text. I agree with you, I would’ve liked it better with spaces but then I would have had to “invent” spaces which is something I refuse to do (invent, that is). It made me realize that David Antin works really hard to make those talk poems look as good as they do; they're really very heavily aestheticized pieces and that sort of decoration is something I have no interest in. So, rather than design the piece to look nice, I just stripped ‘em all out.”

I appreciate knowing this additional information (and I thank Goldsmith for allowing me to share it here). Even more, I appreciate knowing that the absence, in Sports, of white spaces indicating silence is a consequence of Goldsmith staying true to his core or overarching creative principle, which – paradoxical as it sounds – is not to invent. The dedication to his vision of how it should -- or should not -- be done, is admirable. Maybe the publishers of Sports could have included a short note explaining the typesetting gremlins, but then again that may have itself required some sort of creative act by Goldsmith, and thus was not possible.

But there’s more! Here’s the real Hot Stove League Action: Goldsmith has now – hold onto your ball caps, Sports fans – placed his original typewritten transcript of the book, with spaces indicating silence, on the web as a PDF. Click on the title immediately below to read it:

I hope you agree: it’s a real sensation: a grand slam, if you please.